First pictures from the Carnota team

Here's an overwiew of what we've done this first week. 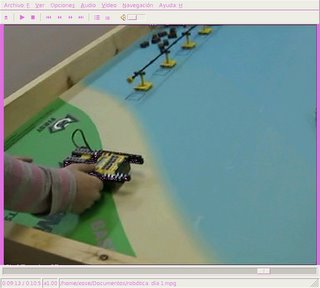 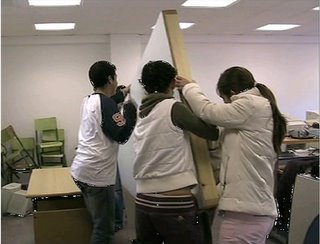 We started out on Wednesday evening by taking the new table to the computer lab. We didn't know it was so heavy! Some kids arrived later... and they lost part of the fun. All the pictures in this post, except for the last one, come from a video shot by María Santiago. 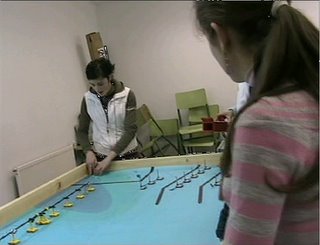 Then we had to glue the mat to the table and go throught the list of missions to double check we had everything in place. 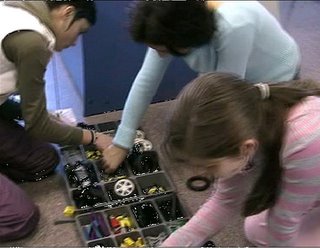 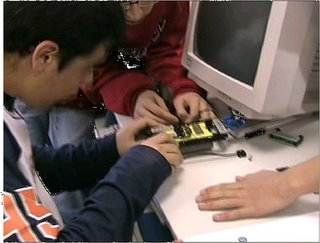 Starting work on one of the robots... Six hands is better than two - particularly if they pull the same brick from opposite directions! 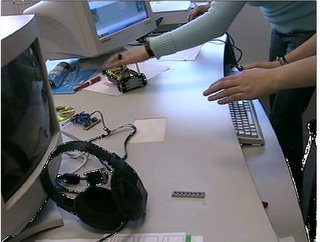 First try: Not a straight line, but once we know we can make this thing run, sky's the limit. 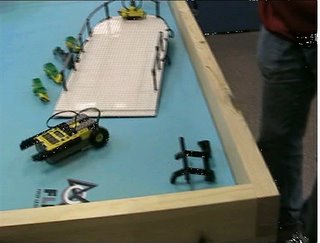 A close miss on the reef mission! 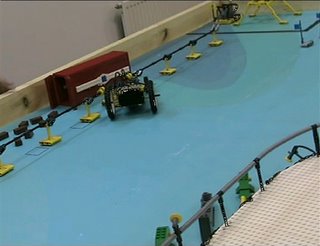 Straight to the broken section in the pipeline! (A pity it didn't quite work out the same later...) 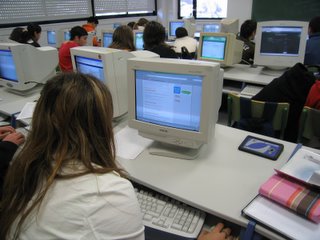 And on Friday, in class, the whole group tries to create new blogs and answer IS 93's questions.
Posted by Xosé at 6:20 AM 6 comments: 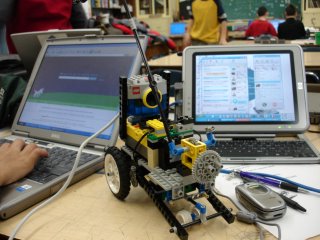 Here's one of the prototypes they're working on at IS 93. You can clic on the picture for more details.

Notice the small wheels it has at the front that were giving as a headache and the camera at the back. Yes, it's a camera: it will broadcast as it runs a mission!

Do you see the arm that goes up? They'll use it to lift the submarine. This is the only mission they still don't have. What a great job!
Posted by Xosé at 2:39 PM No comments:

I teach English at a secondary school in Carnota, a small village on Galicia's Death Coast. I'm currently involved in a project to build a robot in a partnership with IS 93, from Queens, NY, who're participating in this year's FIRST Lego League. Along the way, I'm learning a lot about technology, computers, programming,.... and my students are very excited too!
Posted by Xosé at 2:04 PM 1 comment:

Students from Carnota in the project